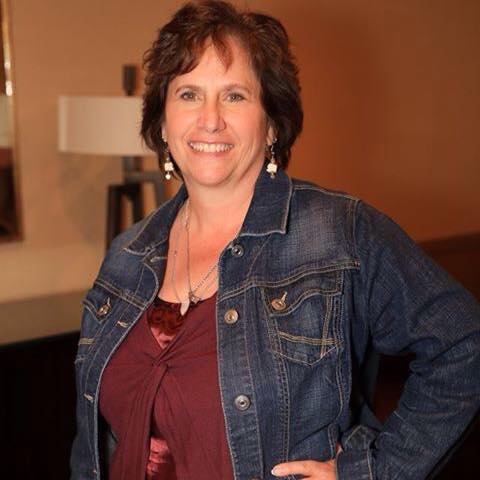 I am much like you; I’m a Mom, a wife and a full time employee.  I had come to spirituality 3 times in my life and each time I convinced myself it was not for me; I’d put my books away, stick my head in the sand and continue on with my life.

I have since learned that if we do not do what we’ve signed up to do in this lifetime; the pushes get stronger and stronger. In 2008 one of my son’s was in a dirt bike accident, he broke his collarbone and a rib in that accident.  The collarbone refused to heal and the insurance said, no surgery; it would heal on its own; so we waited and waited and waited.  It would be 8 months before he was finally able to get it surgically repaired.  In the meantime, he became extremely depressed because he was in pain every time he moved the arm.  He worked as a carpenter, so as you can imagine, that didn’t fit very well.

At that time I was not aware of energy healing and so when the doctor suggested anti depressants, we thought that was the way to treat him.  He went quickly downhill once he started taking the medication, eventually attempting suicide 4 times. He’d end up in a psych ward for a week and they’d send him home again.  Each time he attempted to kill himself, it was a little more aggressive attempt.

It was a very stressful time and my husband and I became estranged.  I was working at the local hospital as a Human Resource Director, Payroll Specialist and Accounts Payable, which was an extremely busy position; which caused me additional stress.

The last attempt which consisted of his younger brother receiving a text from his ex-girlfriend saying he had taken a bottle of pills.  Running downstairs and finding his unresponsive body in his bed, calling the ambulance and watching helplessly while my husband, who is a paramedic, worked on him.  All I could think was OMG, OMG, OMG, pleading with God to help him! Then speeding to the ER; being transferred to a much larger hospital and eventually admitting him to the hospital ward that treated those kinds of patients once again.

A couple of days after that, one of the Doctors who worked in the ER walked into my office, he closed the door and told me I needed to go away.  I needed to just pack my bag and get away from the situation for the weekend.  He told me I was very close to having a nervous breakdown.  My son was still in the hospital and would be taken care of and I needed to do it for me.

I wanted to escape so badly from the situation while I was gone, I went so deep inside my mind, that I started to actually hear my intuition and my Guardian Angels.

And as I listened I realized that I was loved more than I could ever imagine; that I was perfect in the eyes of my Guardian Angels and Spirit Guides.

I eventually came to realize that my son had made a Soul Contract with me and if I had not awakened by that point in time, he would do whatever it took to wake me up.  And boy did he!

So, NOW if they bring something to my attention, I listen.

I made a deal with my Angels many years ago that if they brought something to my attention three times, I would know I was supposed to do it.  This was early in my spiritual development and I needed that many times because I was constantly doubting myself and second guessing everything.  Trying to overcome all the things the world told me about myself, who I was and what I was supposed to be doing and believing.

So, one day I got an email from a person, who is a channel and I had gotten a couple of readings from her in the past.  The email talked about Reiki and a class she was giving and so I closed the email, but kept it.  Two days later, when I turned my computer on to check my email, the computer powered up and instead of my home page, the computer turned on to a page about Reiki.

That weekend, I was in a bookstore in the self help and spiritual section and while I was checking out a book about angels, a book about Reiki fell off the shelf and landed by my feet. Ok, I get it; three times you’ve brought Reiki to my attention; so I signed up for the class.

The class was held in Fargo, which was about 3 hours from where I was living at the time, so I had stayed with a friend in town the night before.  That morning she dropped me off at the class; I was really kind of nervous and the first one to arrive.  I hadn’t even checked Google about Reiki; I knew I was supposed to be there and that was enough for me.  Enough with the huge awakening scenarios, I’m Listening!! I don’t want any of my loved ones to ever have to do something so drastic again to wake me up! As my classmates filed into the room, I was really wondering what I had gotten myself into.  They were all the age of my sons, in their late 20’s and a couple had dreadlocks and multiple tattoos; finally someone my age came into the room and we started the class.

The teacher had us say our name, tell a little bit about ourselves and tell the others why we were here in class.  So, they started going around the room doing that and I was amazed at the stories all these people had about Reiki.  Finally it was my turn.  I said, “My name is Brenda Ault, I’m a Mom of three boys that are your age,” gesturing to my classmates. Interestingly enough the two with the dreads sat right next to me and one of them had one of my son’s names.  I LOVED sitting by him, his energy was so loving and accepting, he was a big lesson for me that day not to judge people by what they look like, I now make up my mind by how people make me feel and I’m learning to believe them the first time they show me who they are; I tend to give people way too many chances and get taken advantage of, so help your child learn to trust their feelings or intuition.  I went on to say that “I don’t know what Reiki is, I’ve never had a treatment, and I just know I’m supposed to be here.”  A few snickers, a few jaws dropping open and everyone looking at me like I’m crazy, when the teacher says, “I want to show you something” and she pulled out a piece of paper.  She said, “When I was meditating one day, I saw myself teaching Reiki classes.  So I channeled a list of people with the help of my Angels on who would attend this class; if you notice Brenda’s name is the first one on this channeled list.”  Super cool affirmation that I was where I was supposed to be!

I went on to become a Reiki Master and in February of 2016, I traveled to Sedona, Arizona to become a Karuna Holy Fire Reiki Master.  Reiki is channeling energy from source, it opens and aligns the Chakras and the client feels a great sense of well being.  If you’ve never had Reiki before and you can feel energy, it feels like waves of warm water washing through you, if you can’t feel energy, then it just feels very relaxing. My Grandchildren love Reiki and it is a wonderful way to clear your child’s energy; I really feel everyone should be attuned to Reiki I; it opens you up to so much more of the divine energy, a sense of peace and well being.

I also went to Canada to become a BodyTalk Practioner, which is all about synchronizing the energies of the body.  BodyTalk is an astonishingly simple and effective holistic therapy that allows the body’s energy systems to be re-synchronized so they can operate as nature intended. Through exposure to the stresses of day-to-day life, however, these lines of communication can become compromised or disconnected, which then leads to a decline in physical, emotional and/or mental well-being. Reconnecting these lines of communication enables the body’s internal mechanisms to function at optimal levels, thus repairing and preventing disease while rapidly accelerating the healing process. In this way, BodyTalk stimulates the body’s innate ability to balance and heal itself on all levels.

Each of us has a spiritual body, also known as the Soul. Energy medicine is intended to heal the soul. Healing the soul brings balance to thoughts, harmony to feelings & restoration to the body’s health. The Shaman uses drums and rattles to bring about a theta state to allow for deep healing.

Remember you are a Soul having a human experience. Energy medicine is the application of energy healing techniques for the soul.

Just as you seek healing & cures from medical professionals for physical ailments, you should seek an energy healer to bring balance back to your Soul, bringing you a life filled with peace & harmony.

During that time I was also exploring Shamanism; it greatly intrigued me because I’ve always felt a vibration when I’ve held crystals and rocks.  My Grandpa Jim instilled my love of rocks when I was a child and we had some amazing conversations about rocks; he was always making me pretty rocks with his rock polisher.  Shamans work with totem animals instead of Angels usually, but since I have a problem with rules J I work with my flock of totem animals and the Archangels.  After one class, my Shaman teacher said, “Brenda you are the first student to ever bring the Archangels to class with you!”  More affirmation that they are always with us if we ask.  Shamans work with the energy of Mother Earth or Gaia, and realize that everything is alive and has a spark of the creator inside it.  The Mountains, Trees, Rocks and Water all speak and all have a message for us if we will only take the time to listen.

I also realized that Reiki, BodyTalk and Shamanism all work with energy and all heal with a different aspect of energy healing.

Welcome to my page, I am honored that you are here.  Namaste.